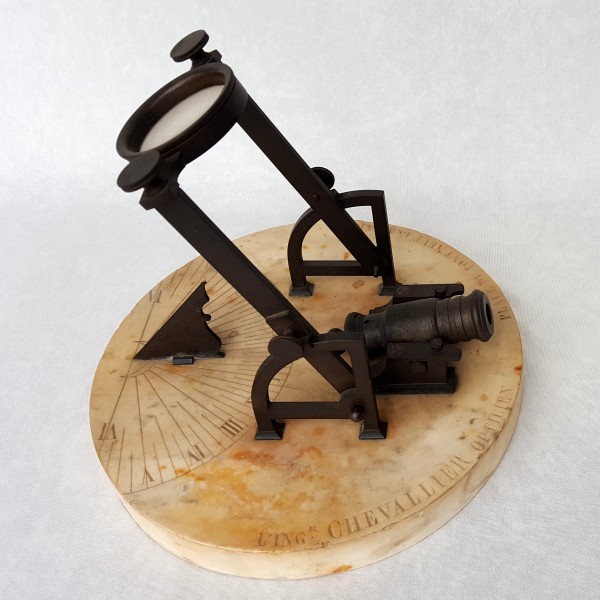 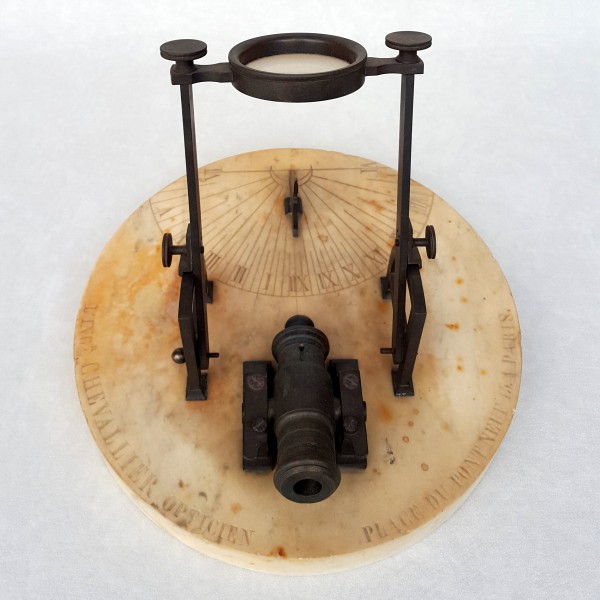 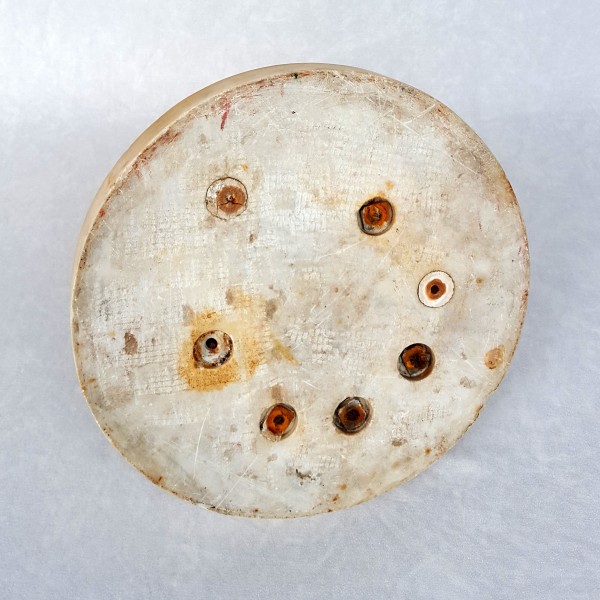 Solar cannon. Circular marble base engraved with a sundial surmounted by a metal structure formed of two adjustable stirrups bearing a convergent lens that allowed the firing of a small barrel. It was intended to thunder at solar noon, thus accurately indicating the time “true” to set watches and clocks that in the eighteenth century lacked precision. Engraved: “L’ing’r Chevallier optician, place du pont neuf 15, in Paris”. Diameter of the marble base: around 12,20″. late eighteenth century or early XIX ThC.
Note: The Duke of Orleans commissioned a solar gun in 1786 which was installed in Paris during the development of the galleries and gardens of the Palais Royal. Many Parisians attended this scientific attraction. In 1891, the time indicated by the Canon of the Royal Palace was extended to all France, it ceased to resound in 1911, France having adopted the mean time of Greenwich. One is kept at the Museum of Arts and Crafts in Paris, a more sophisticated version kept at the Louvre.