Napoleon. Commemorative plaque for the victory of Austerlitz after the propagandist painting by the painter François Gérard presented at the salon of 1810 at the time when the great empire was at its peak. The artist immortalizes the moment when General Rapp, as if carried by a victorious breath which contrasts with the calm and confident expectation of the general staff, brings to Napoleon the flags taken from the enemy, and presents to the emperor the General Russian Repnine, just captured (figure with head uncovered on the far left of the plaque). The turbaned soldiers represent the Mamluk light cavalry units engaged under the orders of Rapp in the battle. The plate measures 8,26″ X 3,93″. It is signed lower right, but I have not been able to read the signature. A visible stripe on the photos. France, early 19th century.

Learn more about this product 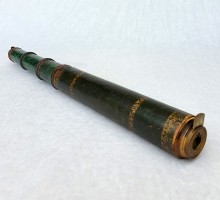 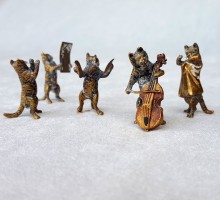 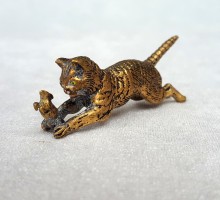