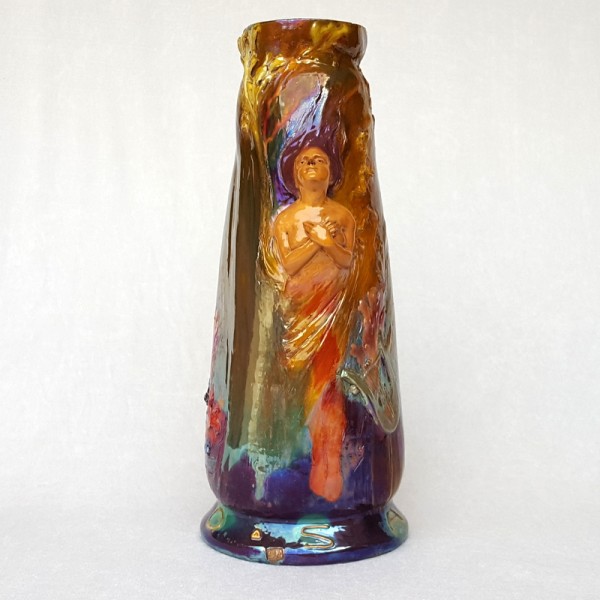 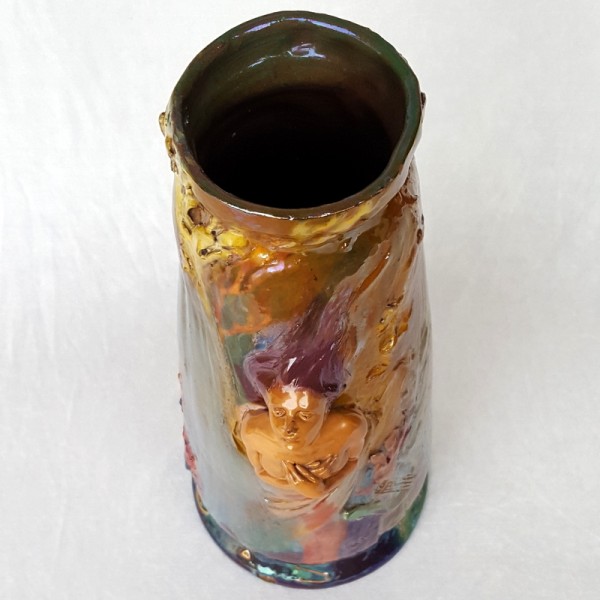 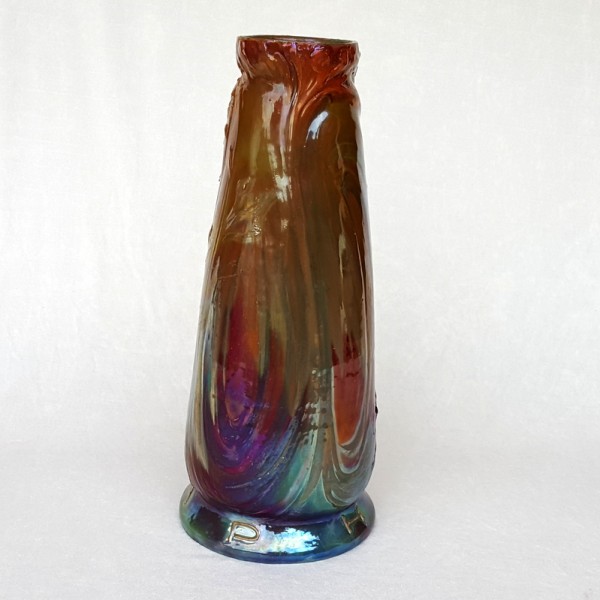 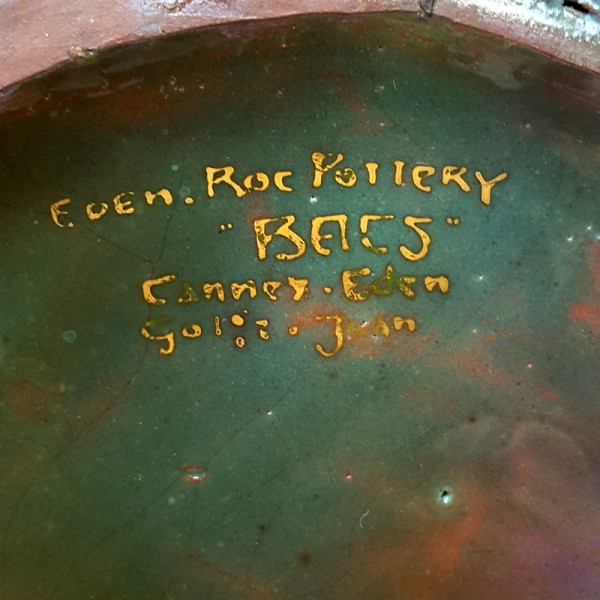 Large vase Iridescent and enameled ceramic “BACS”, titled “Sapho”. Bacs was one of the most creative ceramics workshops founded in 1913 by Jean Barol at the Eden Roc Manor in Golfe Juan. The vase measures 17,32″ high, about 7,08″ in diameter at its base and 3,9″ in diameter at the neck. Registration Eden Roc Pottery, BACS, Golfe Juan. It is in perfect condition.
France, circa 1920.